After many trials & tribulations the Nirvana Carbon Fat Bike frame is finally here. Called the FATB this is your race machine of Fat bikes. Combined with our FATW carbon wheelset this bike is brilliant on the climbs & a demon on the downhills, this bike does it all. Simon from Flowtastic was ahead of the game as usual & grabbed the first one to arrive to build up & replace his trusty Cube Nutrail, which has been his steed of choice since last year. After a weekend of hard riding on trails he knows well here are his impressions of the  bike:

So after much waiting my spangly new Nirvana FatB has arrived!!!!!! A year and a half ago I took a punt on the rather niche fat biking phenomenon and bought a Cube Nutrail from Nirvana Cycles. The bike was competitively priced and surprise of surprises pretty much replaced my full carbon enduro bike and hardtails as my go to whip. Last year I clocked up nearly 3000 miles on her, raced and roosted all but the gnarliest of the Surrey Hills, many of my mates bought the same bike based on my experiences and .....Strava results.

So when my local bike shop mentioned they were getting their own branded blinged up fat carbon frame and wheel set, I was in. The FatB is a real head turner. Mine's a size medium 18inchs, 11-46 gearing, accessorised with a nice bit of Hope and Enve, the Carbon FatW wheel set is stunning (and well worth current fat riders looking at as an upgrade to their existing hoops). The frame itself is noticeably longer on the top tube, size medium being an 18inch rather than Cubes 17, but with a slacker head angle. I was expecting her to be stable and fast at almost 4pounds lighter but did wonder how she would handle on tight singletrack.

This weekend I rode Sat and Sunday just over 62 miles over much of Ranmore, Pitch and Holmbury and have fettled tweeked and adjusted (much to my riding buddy's annoyance). The bike rocks! It is very very fast, carbon wheels giving an immediate power surge when you put the hammer down and direct snappy cornering on committed high speed turns. After the initial "wow this feels different" within half an hour on the first ride I'd forgotten the old and was just busy enjoying the explosive responsiveness of the FatB. Nicely balanced in the air even with a 1600 gram 4.8 Minion up front providing a huge amount of grip and confidence. This bike is not a cumbersome lard arse, Raceable, jumpable and generally leave your mates in the dustable. Little bit in love Shagpile 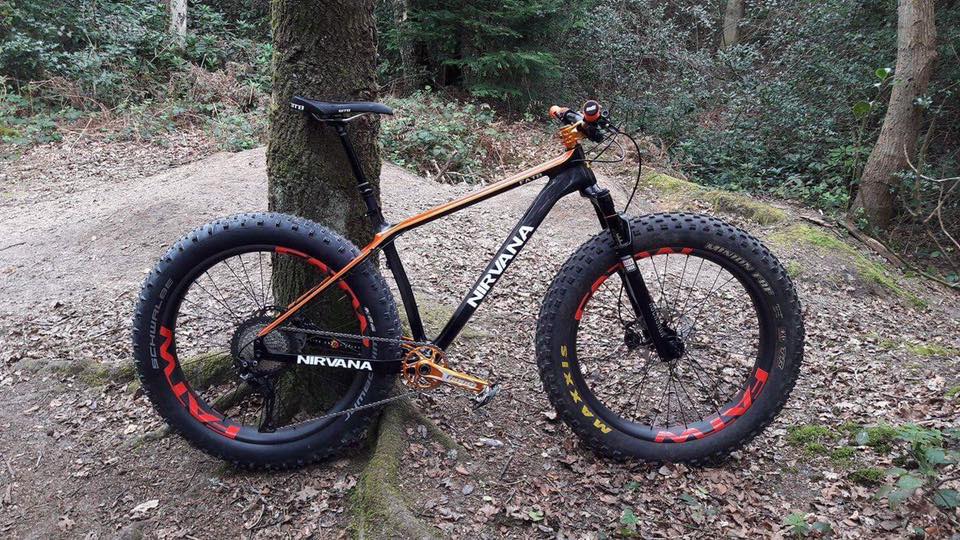 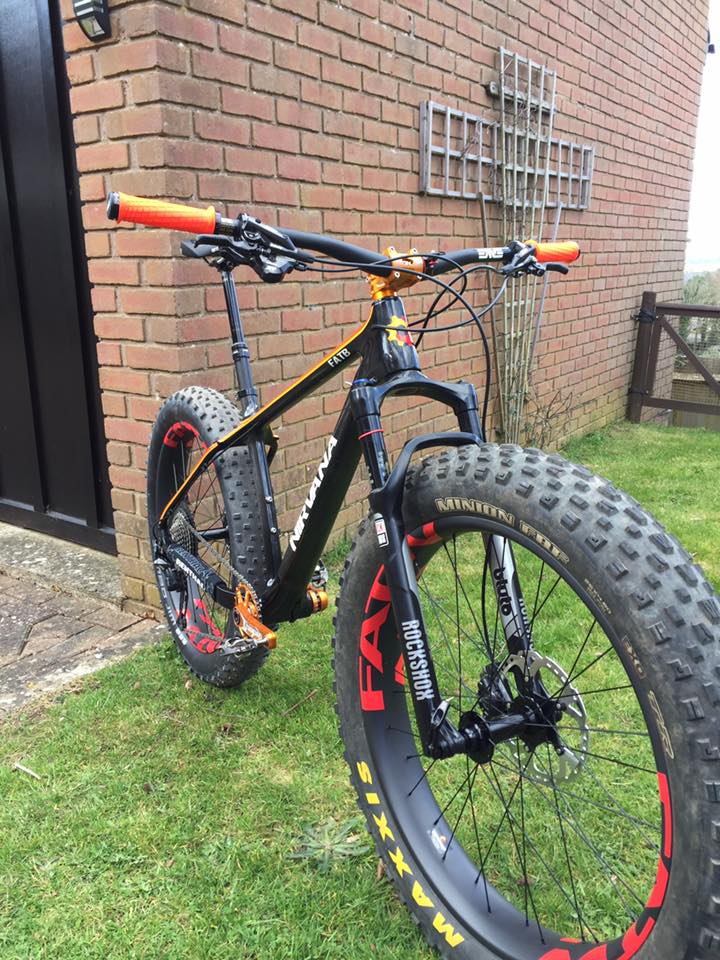 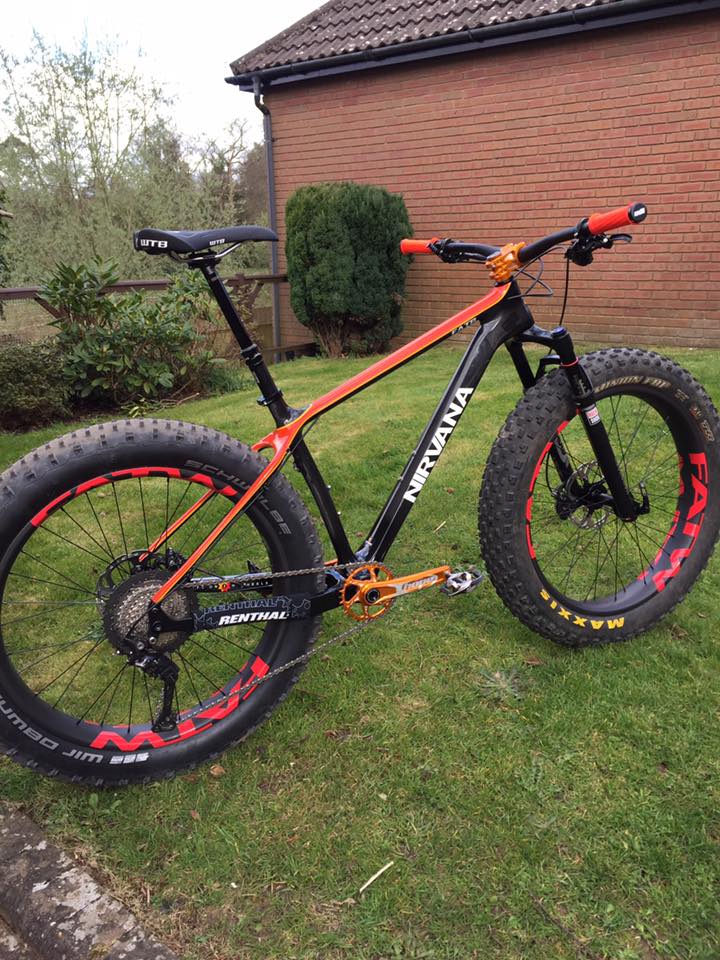 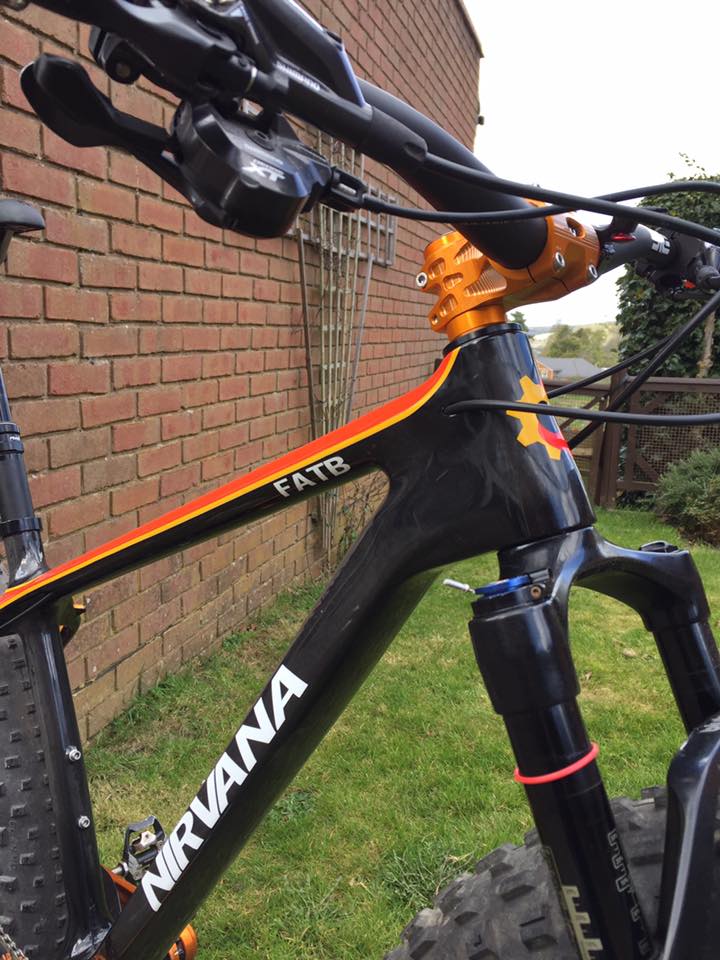 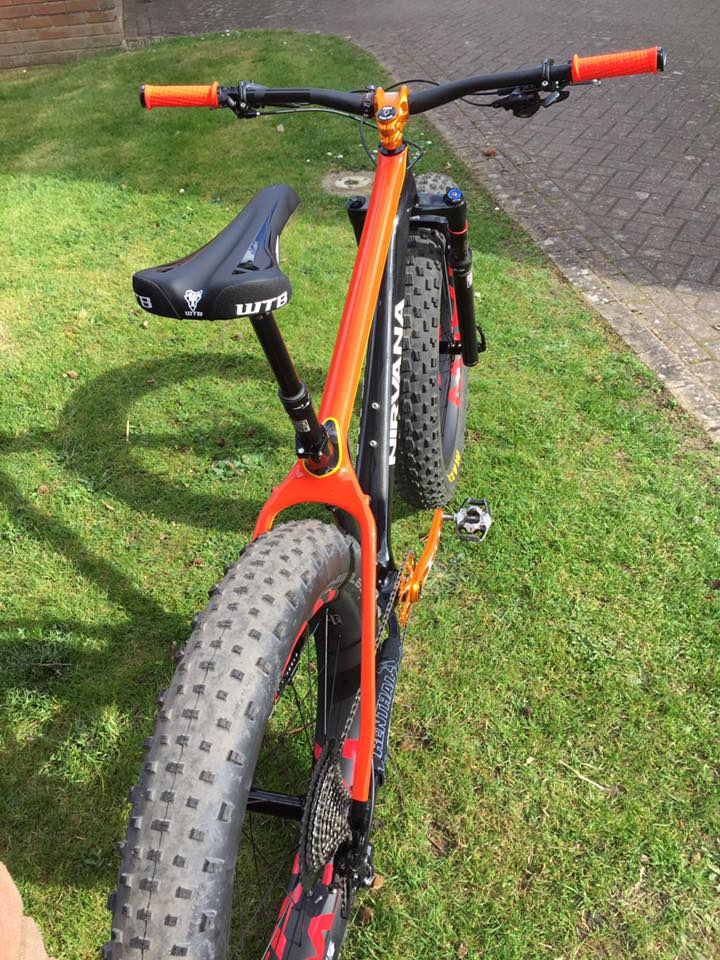 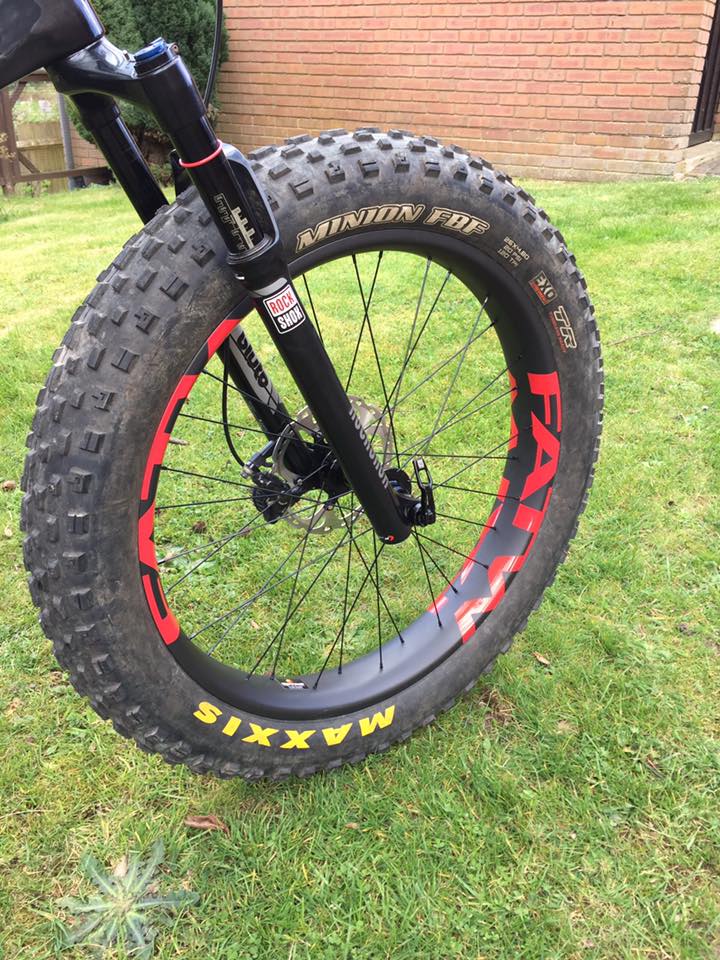 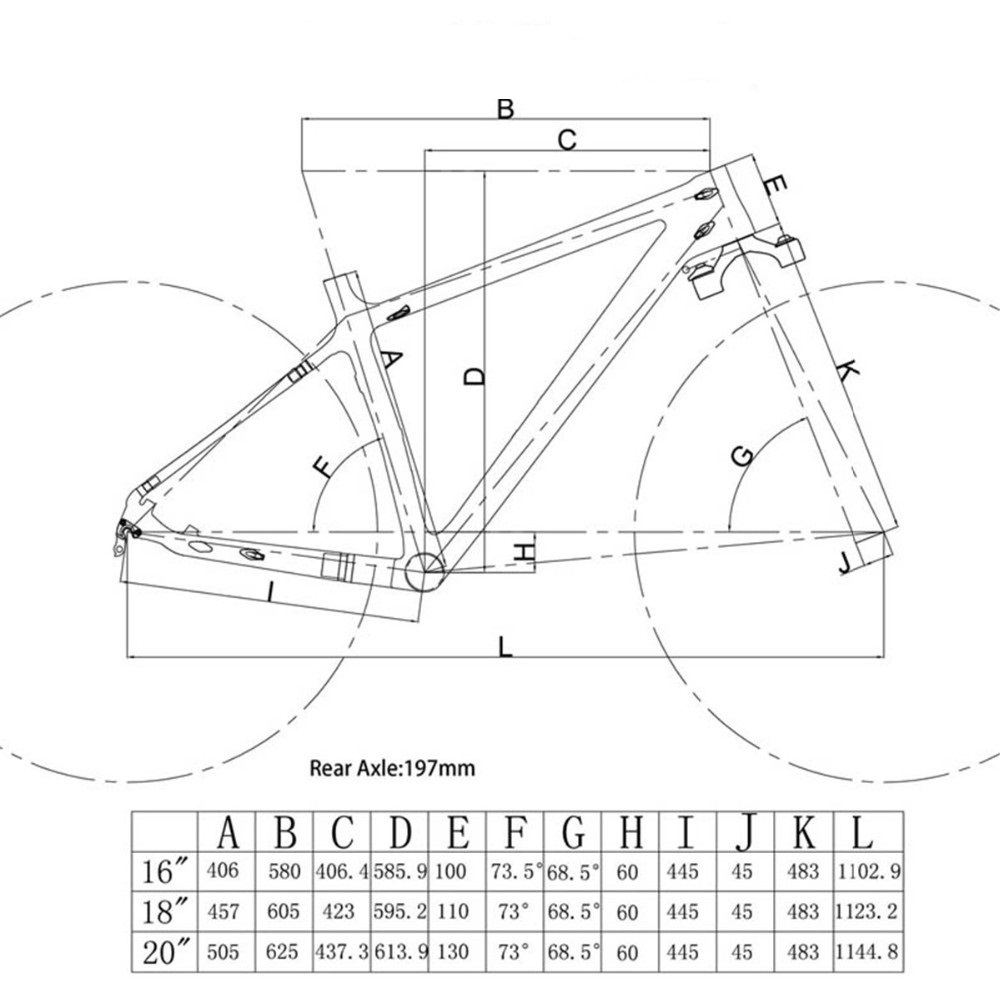 Frame £1200. Carbon Wheelset £1200. This frame is a glossy finish which is very hard wearing. Custom colours available for frame & decals on wheels for an additional cost. 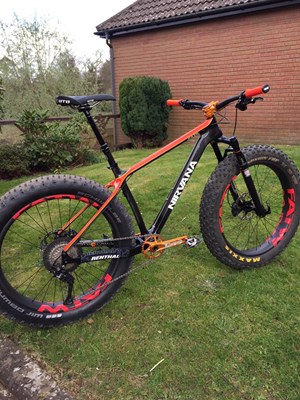 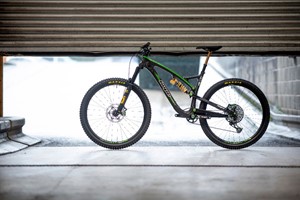 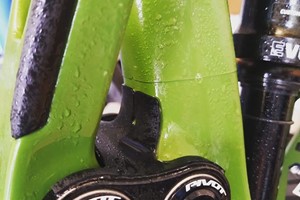 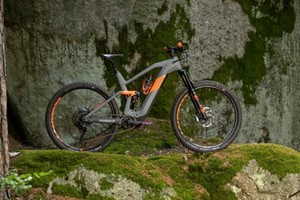